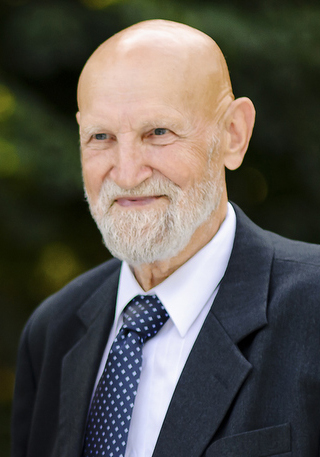 I, Antanas Juozas Gendrolis, was born on 1926 05 14 in village Erzvilkas rural county, Taurage county in the farmers family.

In 1933 I had started attending Lenkeiai, then Nemakiai Secondary Schools. In 1945 I had started to study at the Adult Vidukle Post Gymnasium, which I had finished in 1947. In the same I had entered Kaunas Medicine School for Doctor, Laboratory Assistants and Pharmacists, Pharmacy Department (the school was merged with the Kaunas School of Obstetricians) and had graduated it in 1950.

After school graduation, from 1950 to 1951 I was assigned to the 2nd Klaipeda Drug Store as an Assistant and later I was appointed to the Klaipeda Region Drug Store, as an Expedition Department Warehouse Head.

In 1951 as a reserve officer assigned for period of time I was called up for military service to serve as Military Part Drug Store Manager. Unfortunately, the authorities were informed that I am the son of kulaks, that my brothers and sister were deported to Siberia in 1953, so I was demobilized.

In 1953-1967 I had worked in National Kaunas Psychoneurological Hospital as a Drug Store Head. While working, in 1954, I had entered the Moscow Pharmacy Institute, extramural studies (pharmacy training was incorporated with the name of a Moscow-Sdenovo Medicine Institute).

In 1988-1992 I was Kaunas Medicine Institute (now Kaunas University of Medicine) Department of Drug Technology and Social Pharmacy Head, and from 1992 to 2003 I had worked as a Professor of the Pharmacy Department. In 1990 honored as a Professor.

Formally, my scientist work had started in the Hospital Drug Store, where I had production of Eye Drops in series. Later, working in Kaunas Endocrine Preparations Factory I had crowned with one of and other industrial and new types of eye drops in Polymer Technology Package.

While working at Kaunas Medicine Institute in 1991-1996, was appointed as the Pharmaceutical Specialist Certification Commission Chairman by Lithuanian Minister of Health. 1995 until 2003 I was appointed by the State Medicines Control Agency of Lithuania under Ministry of Health, as the Chairman of the State Pharmacopoeia.

In 1976 I had received Lithuanian Health Care Honor. In 1987 I was awarded by The Council of Ministers of the Union of Soviet Socialist Republics (USSR) a prize (jointly with others) for Measures Hypertension and Glaucoma Development and implementation of production and medical practice. I am an Honorary Member of Lithuanian Apitherapy Society, as well as Honorary Member of The Lithuanian Pharmaceutics Union.

I had made more than 30 inventions and patents and alone or with co-authors widely published over 250 publications. In 1988 I had a monograph “Eye Drug Forms in Pharmacy” (1988) (in Russian). I am an author of the Study book “Pharmaceutical Technology” II Part, called “Lithuanian Endocrinology Origins and Evolution. Also, I am a co-author with others of “Who’s Who” (2006).