The International Federation of Apitherapy was created in Germany, Passau, on April 20, 2012, at the initiative of Dr. Stefan Stangaciu, during the X-th. German Apitherapy Congress organized by the German Apitherapy Society ( www.apitherapie.de ).

In July 2013 it was registered officially in Romania, where we have our home office and the general secretariat.

“The first Management Board elected in Passau, April 2012, has been formed by:

Eng. Jose Cabrera Cabrera played an important role in the communication and the general strategy of our Federation.

The elected Executive Council was made, beside of the above people, by the following presidents of various national and regional apitherapy association:

The elected presidents of the Permanent commissions were:

In November 2018, in Quito, Ecuador, during the General Assembly, it has been elected the new Management Board of our Federation as it follows: 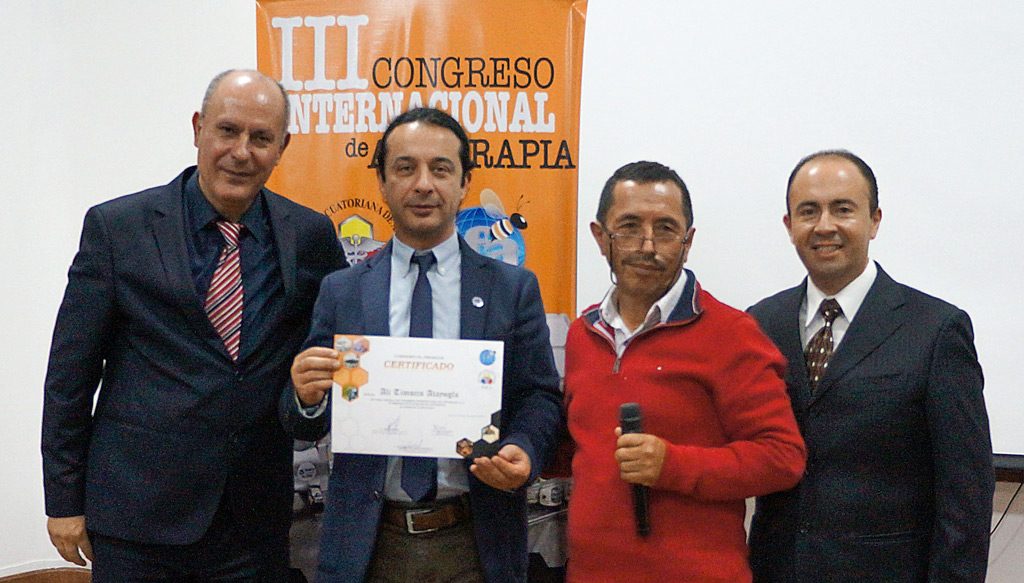 We are a very young international federation and we look forward to long-standing cooperation with apitherapy organizations, institutions, practitioners and scientists from all over the world.

For any questions regarding our Federation please Contact Us.